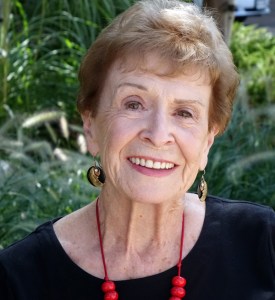 Carol Caverly is a reading fiend. From the time she first learned the skill, she spent many hours of her childhood roller skating or bike riding back and forth to the library. As with so many children in those days, her discovery of the Nancy Drew books sparked an abiding interest in mysteries.

As she grew older, this spark was encouraged by her mother, also a mystery fan. Many of the mysteries they read and enjoyed were put out by the Detective Book Club, which included three non-condensed titles in one volume. Carol was overwhelmed with nostalgia years later when her own first published mystery novel, All the Old Lions, was chosen to be a Detective Book Club selection. She only regretted that her mother was no longer alive to see the accomplishment.

Carol spent her childhood in LaGrange, Illinois, a suburb of Chicago, then attended Colorado Women’s College, in Denver. As if that wasn’t enough adventure for a young Midwest greenhorn, she later met and married a rancher and moved to the family cattle ranch outside of Gillette, Wyoming. There, reeling from culture shock, but enjoying every minute of it (well, maybe not every minute…) she raised her family of eight children.

Carol’s interest in writing began when she was a young mother on the ranch. Through the years, she’s published short stories, and, in 1994, her first mystery novel was published. This was followed by two more mysteries, Frogskin and Muttonfat, and Dead in Hog Heaven. All became Detective Book Club selections, as well as local bestsellers. Not surprisingly, Carol used her Wyoming ranch background for the settings of her mystery series.

Carol was a founding member and past president of Wyoming Writers, as well as a founding and current member of Rocky Mountain Fiction Writers. She was elected chapter president of the Rocky Mountain Chapter of Mystery Writers of America, serving on the national board, and is a long-standing member of the MWA and Sisters in Crime. Carol now lives in Colorado Springs, Colorado with her husband Don Hart, and is currently working on a thriller.